“This is a journey and everyone has to get through it on his/her own terms,” Marieta van Coller.

I want to make this into a meme. It is so wise. So pertinent. “The best way to stop drinking is to have the right mindset. For me, it just clicked – and then you will be more determined to stop drinking. Set boundaries and keep them. This is something that I only started doing recently, not only with alcohol but also in other areas of my life.”

Marieta has stopped drinking and she has regained her self-esteem in the process.

Her advice to others who want to quit is this:

“Should you experience severe withdrawal symptoms, try something to take the edge off, to be calm and to be more relaxed.  (There are some herbal relaxants that are available over the counter). Take it slowly and day by day. Be thankful for every day completed without alcohol.”

This is profound. Deep thoughts from a woman who recently put it all into practice and came out the other side a new person, a phoenix rising from the ashes, so to speak. The ashes of her marriage and a relationship that she had believed in, but her partner did not. The ashes of a broken heart and feelings of complete shame, worthlessness, and failure.

“I felt as if my marriage was a joke and that I had been second best for more than 30 years,” explains Marieta.

Now let me explain her story, a story that she shared with me from her heart.

I only met Marieta a week or two ago at a coffee date and I felt drawn to her honesty. Marieta values honesty but it seems her husband of 30 years does not.

Marieta was never a big drinker until 2020. Most of us will remember that year with horror, the year that Covid struck the world and we all had to hide away under extreme lockdowns and social distancing. The year that many of us lost loved ones to that dreaded disease, or our entire livelihoods.

Well, Marieta lost her husband and her marriage, just like that. That’s when she turned to wine to cope, to blot out the hurt and the pain, to blot out the feelings of shame, guilt and worthlessness.

Marieta grew up in the Northern Cape Province and started her nursing career in Kimberley where she met her husband (now ex-husband). They had two kids: a son, Jacques, and a daughter, Ansia.

Marieta had been a child growing up in an abusive and alcoholic family. As an adult, she, therefore, did not drink much, maybe a glass of wine on a Saturday afternoon with a braai or social gathering.

But her now ex-husband went for alcohol rehab when their kids were still very young and then he enjoyed quite a few years socialising with friends and family without alcohol.

They left Kimberley and moved to Brackenfell at the end of 2011 and since then Marieta’s ex-husband started using alcohol. He first had a few drinks once or twice a week, which soon escalated to drinking every second day.

During the lockdown in 2020, Marieta continued to work at the hospital every day – she is a registered nurse and works as a Case Manager at a private hospital in the Cape Town Northern Suburbs. But her ex-husband started working from home.

Drinking to Numb the Pain

Suddenly, a month later, the same man announced in public during a braai with family, at the dinner table in front of everyone, that he wanted a divorce and wished to pursue a relationship with this ex-girlfriend.

Things snowballed from there and a week later this same man secretly met his new lady friend in Bloemfontein and spent the weekend with her. The following weekend he fetched her and moved her into the main bedroom, Marieta’s bedroom! Marieta was forced to move into a spare room in the same house.

“We had to share the kitchen and cook on alternate days,” says Marieta. Only after this massive shock did Marieta and her ex-husband consult a lawyer to initiate the divorce proceedings.

“I was in total shock and started smoking and drinking wine, a glass or two every night, in order to numb feelings of worthlessness and failure as I did not see any of this coming,” said Marieta.

Soon this escalated to more than two glasses of wine – especially once the divorce was finalised and Marieta managed to buy her own home.

Feelings of Worthlessness and Shame

“Then I was so lonely and devastated, with low self-esteem and worthlessness. Soon I needed more than a bottle of wine at night just to go to sleep. Fortunately, I’m a lover of white wine and never experienced any hangover feelings the following day.”

One day, Marieta hit her rock bottom when she nearly finished about 5 litres of wine from a Friday afternoon until the following evening. She realised that she was busy destroying her health and happiness. Something had to give.

Destiny stepped in and Marieta’s clinical psychologist mentioned Tribe Sober. Marieta was not convinced and continued to drink wine every day, some days more than others but never less than a bottle a night. This was now two years after her divorce and she thought that she would be able to stop after August this year. She decided to try. At last, she was ready to stop drinking.

“When I made the decision to stop on the 14th of August this year, I phoned my kids and informed them that I will not continue to destroy myself (they were very worried and talked a lot to me and my sister regarding my drinking) and to apologise for my bad behaviour.”

She then put some goals into place:

When Marieta is tempted to go to a nearby pub for a glass of wine, she locks herself in the house, listens to podcasts, reads a book and keeps busy. That is not difficult as she loves many things – cooking, reading, crafting, embroidery, knitting and crocheting. She also recently joined a Bonsai group and enjoys tending to her trees. She is not a fitness fan but tries to lead a healthy lifestyle, except for smoking.

When she thinks back to that terrible year of 2020, Marieta agrees with her psychologist that she tended to avoid conflict and was a victim by standing back and allowing her ex-husband’s new lady into her home.

Life is all about lessons. We learn one every day. I have learned a valuable lesson from Marieta – believe in yourself and life has to go on. Follow your heart, be honest and be true to yourself. Marieta is a humble person who is rediscovering her joy! 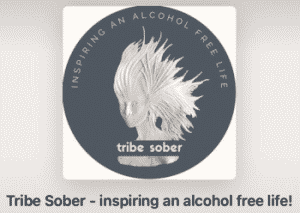