Learning from a Relapse – With Dan

Learning from a Relapse – With Dan

“Getting sober is not necessarily easy, but it truly offers the best life you can have. Alcohol does nothing but dull and confuses your mind.”

Dan should know. He stopped drinking a few years ago after decades of alcohol consumption. He has spent the past two years deepening his knowledge about the ravages of alcohol, the degrees of drinking, what it means to get sober, plus how to remain in recovery without relapsing.

Relapsing can Happen to Anyone

For Dan, relapsing is a very real part of getting sober. It happened to him. He stopped drinking later on in his life, for nearly 10 years, and then one day, he thought he could moderate. He was feeling very stressed and depressed, and he had a drink. Which took him straight back to square one, and he found he was drinking even more than before!

“At age 65, I hit another rough patch in my life and foolishly tried moderation drinking which quickly sparked substance dependence that was even worse than the first time I quit.” He was mortified.

He took to the internet and Googled for a community that would help him to get sober. When Dan discovered Tribe Sober quite by chance, he loved the tools this sober community provides for ditching the drink.

“I was Googling various search terms to help me find a support group and stumbled onto it. The search terms that landed me there included the term “cold turkey” because I was concerned about being able to stop drinking without the help of an addiction specialist. I found this page “How to Quit Alcohol Cold Turkey” which I see now that Janis had written. What I read there and on the rest of the Tribe Sober web pages convinced me it sounded like a good match to help me,” says Dan. 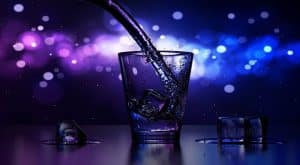 “The key is to engage with the tribe and take advantage of the wisdom and resources that we share with each other,” he says. He is thus a very active member of all social platforms within the tribe.

He thought that Tribe Sober matched his values and these are many and authentic: peace, humanity, empathy, beauty, crafts, nature, work, self-expression, and many more. Dan is someone who exhibits truthfulness, honesty, and faith in himself and others. He has learned more about himself than ever before since ditching the booze.

Self-Care and Inner Knowledge on a Dry Journey

Take it from Dan who notes that the first step in getting sober is practicing self-care. The second step is finding, joining, and participating in a supportive community. And third is doing the cognitive and emotional work needed for change. Sounds easy, but often it isn’t! Considering how long Dan had been a drinker, he is doing remarkably well now on his dry journey.

“I drank from age 18 to 56 including becoming a homebrewer for many years. Although I certainly binged from time to time, I generally did not consume more than the recommended allowance until a particularly stressful life event pushed me over the edge at age 54 when I became dependent on overconsumption of alcohol to help me cope with trauma-related stress,” acknowledges Dan.

He spoke with a psychiatrist who told him to get clean and he immediately went to outpatient rehab, learned about this disorder, did sobriety work, and found a support group. Alcohol disappeared from his life for 8.5 years!

It was later, at age 65, that he had that fatal relapse drink that took him backward, like an out-of-control train.

“I hit another rough patch in my life and foolishly tried moderation drinking which quickly sparked substance dependence that was even worse than the first time I quit. The cravings were stronger, the rule-breaking was more frequent, and for the first time, I found myself hiding my drinking – even after I accepted that I had crossed all these lines, it still took me several more weeks to decide to stop. In the run-up to quitting, I actually increased my consumption perhaps in desperation about missing out once I gave it up. But once I made the decision to quit, I stuck to it and engaged deeply in the things needed to rebuild my sobriety firewall,” acknowledges Dan.

Many of you reading this blog will identify with Dan, I know I do,  and I know people in my life who would benefit from hearing these brave words.

Moderation is for the Birds

Taking this moderation failure to heart, Dan became introspective and humble. He realized that as a drinker, he had been drinking for almost every possible reason. But the reason that seemed to be the cause of the downward spiraling was to cope with stress and drown out negative thoughts. Looking back on his life to trace his drinking, its causes, and effects, and the things he did and said was difficult and frightening for him.

“The worst part is that despite them, I kept on drinking and piling up more embarrassing and potentially disastrous events in my life history.”

He notes that the interesting thing about his relapse is that the same pattern repeated itself but in an accelerated form – he took the first few drinks for pleasure (as he did in his youth) and quickly reverted to drinking more for dissociation from pain.

Finally, he did it – he ditched the booze! And he healed himself both physically and emotionally.

Dan is a nature lover with a penchant for walking in the woods with his dog, all seasons, just to get out and be healthy and strong.  He is a professor and college administrator now in semi-retirement and he is interested in so many different things the mind boggles: music, reading, writing, gardening, cooking, and food preservation, the list is endless. All his family members live hundreds of miles away, leaving him to keep busy with his hobbies and monitor the many ups and downs of life. Dan has thought a lot about how he managed to stop drinking.  He recognized that he had a problem and that he needed help.

“I realized that I could not do it alone. Upon my relapse, I knew that finding a support group was an essential part of recovery – fortunately, I found Tribe Sober. I also realized that I needed to return to “doing the work” of learning more about alcohol and addiction and myself. I did that pretty intensively for 6 months, gradually moving from working on alcohol and addiction to working on my thoughts and emotions.”

Now alcohol is not intruding on Dan’s thoughts much and he is able to focus more on his work and family and self-care. However, he still follows Tribe Sober chats and has interactions with that community at least multiple times per week. He is hoping to return to more interaction once he retires again.

Does this story make you feel empathy with Dan? Maybe you too have something to share about how you stopped drinking. Please share it with us all!

Get your free Pdf “16 Relapse Symptoms to Watch Out For – Anytime, Any Place, Anywhere” when you click on the image below! 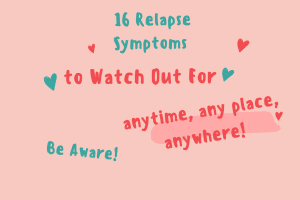 Join our Tribe here, by clicking on this image!