The Comorbidity of Phobias and Drinking Alcohol

The Comorbidity of Phobias and Drinking Alcohol

These phobias are pretty common and I hear that the most common phobia is the fear of heights. It seems that parents can pass on their own fears to their kids just with a shudder at a height or showing their fear of something when their kids are small. Over-protective parents also instill fear into their children which stays with them into their adult life.

I am fascinated by the role that alcohol plays in exacerbating phobias. My mother is an alcoholic and she suffered from fear of heights when we were small kids. She also feared going out of her home, preferring to have her friends on the phone or at her own home. This was a type of agoraphobia or social phobia.

For me, my mom’s alcohol dependence played a huge role in this. Do you have a fear or phobia for something? Do you drink or have you been a drinker and recently stopped drinking? Let’s look at how alcohol increases anxiety – yet people who drink alcohol believe that they are de-stressing when they have a drink. Sure, have a drink after a heavy day at work and feel that tension melt away. Then have another drink because the sun is setting and you are cooking dinner. Then pour another drink to have with dinner and a fourth drink to have after that. Why suddenly is your heart rate up, your mood confused and you are irritated with the family? Think about these things!

Many people believe that alcohol helps them to cope with life, with fears and anxieties. You will have heard the expression “Dutch Courage” which goes back to the Anglo-Dutch wars of the 1600s when English soldiers drank a type of gin or jenever, to calm themselves before a battle or when the weather turned cold. Dutch soldiers always seemed brave to the English after they had had their fair share of jenever. 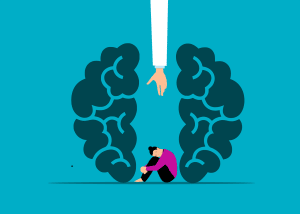 But scientific research has shown that drinking alcohol to cure anxiety simply does not work. What drinkers don’t realize, and don’t want to know, is that drinking alcohol worsens their anxiety and creates an even bigger problem: anxiety – drink alcohol to calm the nerves – more anxiety – drink more – more anxiety … A vicious cycle and the Anxiety party guy invites his friends to join in – their names are Anger, Shame and Guilt.

Tests have been done to see whether alcohol worsens or reduces phobias. Phobias are described as a state of tension, anxiety, frustration, and fear all mixed up to create an irrational panic state. Think about the person in your life who has a phobia. My mother had a phobia of heights. My husband too. This is one of the most common phobias. My son has a phobia of spiders. These are all very normal phobias but drinking alcohol just tends to make them worse.

Alcoholics have high levels of neuroticism, much of which is caused by alcohol. Ongoing drinking on a daily basis increases all levels of tension, and mood swings become more frenetic too. Many problem drinkers suffer from social phobia or agoraphobia and they drink to be braver in company. I remember those days myself as I am an extreme introvert and when I had a drink, I felt like one of the crowd, blending in, but after a few drinks, I could not follow the conversation anyway.

So many people think that alcohol reduces their anxiety, be they problem drinkers or not. Remember the scale of alcoholism starts at the bottom where one drink a week is enough for some people, and ends at the top of the scale where alcoholics are drinking all day and need rehabilitation. Grey area drinkers are many and fall into the middle of the scale, some drinking daily and still being ‘functional’, others drinking some days but binging. Many grey-area drinkers can put away 2 bottles of wine a night and still think that they are fine! Or they don’t drink during the week but binge all weekend and think that this is fine BUT their habit is creeping up the line to the top of the scale where that rude sign stands, “alcoholic”!

According to the British Journal of Addiction, “If it is accepted that alcohol is a central nervous system (CNS) depressant and powerful anxiolytic, then it follows that compensatory responses associated with the anticipation of alcohol will be those of increased arousal and anxiety. Such responses should be more apparent in severely alcohol-dependent individuals with a longer reinforcement history. There is indeed evidence to link increased heart rate and hand tremor with the responses of such individuals to alcohol-related cues.”

Doctors see a lot of heavy drinkers causing or being victims of car accidents, and domestic violence – in many instances, this is because alcohol use is related to increased anxiety and post-traumatic stress disorder (PTSD). Research is now revealing that drinking a lot actually rewires the circuitry in the brain which may be why heavy drinkers find it very hard to get over something traumatic in their lives.

“Regular consumption of alcohol and excessive drinking can lead to physical dependence on alcohol. Side effects of alcohol dependence include withdrawal symptoms, which can include anxiety. So, in effect, alcohol can actually intensify anxiety and symptoms of a specific phobia, making them worse than they were before.” 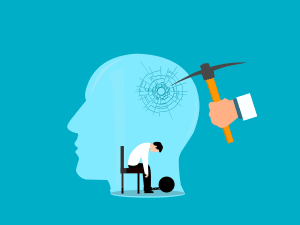 Let’s look at some common phobias:

A specific phobia can involve a certain thing, place, animal, event, or situation. Many people who suffer phobias turn to alcohol to self-soothe but those very people are the ones who are susceptible to alcohol abuse thanks to their genetics, brain chemistry, and biological factors.

Sure, having a drink after a nerve-wracking experience may help there and then. How many stories have we read about characters having a slug of brandy or whiskey to calm their nerves? Or how many movies have we watched where adults walk into the house and immediately pour a drink because they had a tough day at work?

Self-medication with alcohol, however, can become the drug that the brain then relies upon. Dopamine, serotonin, oxytocin, and endorphins love that first slug of alcohol and simply want more of that feel-good sensation. Your brain tells you to have more and more until one day, that one drink does nothing – but 6 drinks is better, then every day it is 6 drinks, until the drinker is the alcoholic and the fear is so deep-seated that the agoraphobia is a crisis!

Many people who experience a phobia do also drink a lot and scientists have discovered a co-relationship here. The comorbidity of alcohol use disorder and phobias is now widely reported and each one worsens the other one.  Dr Kathryn McHugh notes that “Anxiety disorders co-occur with substance use disorders at a high rate in both the general population and in treatment-seeking samples. The co-occurrence of these disorders is associated with greater symptom severity, higher levels of disability, and poorer course of illness relative to either disorder alone. “

Do you suffer from a phobia? Do you drink alcohol? Next time you feel that phobia arise, check to see when you had your last drink and how much you drank. If you were drinking heavily the night before the onset of that phobia, the alcohol could be part of the reason. If you drink to quell that anxiety, the alcohol could be part of the problem. It is a good idea to take a step back and become more self-aware of the habits we are creating subconsciously and to see how they are affecting our health in the short and long term.

Talk to someone about your drinking and see if they agree that you are consuming too much. Chat with Tribe Sober and join our Membership programme. We want to meet you!