“The only point I’d like to make is that if you’re struggling, then know that your drinking is about you.  There’s nothing to be gained from comparing your drinking to anyone else. What are you doing here if you don’t have a problem?”

Wise words from Jason Lewis Williams who found his way out of a dark place into the light – from being a heavy drinker to being sober. A media specialist at a university, Jason hails from Cambridgeshire in the UK. Sharing his story has been an enlightening journey for him and his anecdotes may be hilarious, but they are also toe-curlingly honest.

The Dark Truth about Drinking

“Alcohol – you’re paying for poison thinking it’s medicine. It’s you who is waking up ill, you are in debt, you who is waking up feeling guilty and anxious.   I’d also say that some things that you may think aren’t anything to do with drinking may get fixed when you give up.  The top thing I have on my list is that when I sobered up, I stopped mourning my parents.  The drink was perpetuating that for decades after the point.  I thought that was me. It wasn’t.  You may also be amazed how many friends want to talk to you about how, not why, you gave up.”

Jason started drinking when he was 15. And he recently gave up at the age of 48.  His father was an alcoholic (the booze killed him) and his mother died of cancer when he was 18. That was when his relationship with the booze changed – and changed his life forever.

“I started to drink around the age of 15 (through to 48). But my ‘problem drinking’ started after my mum died when I was 18. I continued because I thought that I couldn’t ‘be me’ and be in contact with my true feelings if I wasn’t drunk, and I was not able to do social situations without the old Dutch courage.   So, I stayed topped up for decades. I didn’t feel like I could feel anything without it… and that didn’t seem odd to me at the time. “

Blinded by the Light

Thirty years later, Jason saw the light – which had been blinding him for years, but he just kept on turning his head away from it and wearing dark shades.  In retrospect, Jason acknowledges that stopping drinking for good is hard but possible.  “Moderating is completely impossible for me, and I spent many, many years proving it. “

He has discovered his health. His mental and physical health have returned to him in good order after he nearly killed himself with alcohol. He forced himself to stop drinking when he got stuck in that ‘trying to cut back’ rut, that false sense of moderation lie. He thought he could do it, but he only drank more.

“I spent over a decade trying to cut down, and it only made me drink more.   It was giving me lots of illnesses.   I’d stand outside pubs at lunchtime taunting myself with images of my children standing by my grave or watching me die of some god-awful cancer due to drink, and nothing would stop me.”

Jason hadn’t realized that he needed to give up for himself first, an idea that he thought was as hatefully cheesy as ‘learning to love yourself’.  One weekend he went out and drank so much that he made himself ill. So, he promised himself he would have a few days off the booze. But he didn’t. Instead, he went out again and drank even more than before, and then he realised that he could NOT control his drinking.   “I stood in a bar in London alone, drinking shots, listening to Life’s What you Make it by Talk Talk at deafening levels over and over and over again. I have no idea how I got home, or how I went to work the next day.  So, I stopped. I made a pact with myself that I would stop,100%, no more forever. “That was 5 November 2018.

Today, Jason is running, something he never thought he would do. He got up from the couch and joined a running programme thanks to a running App called Couch to 5k he found. Now he runs half marathons which he says is nothing short of miraculous considering the alcohol-soaked state he had been in most of his couch potato life. He has had epiphanies since he quit. 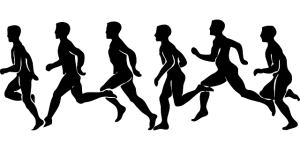 The Benefits of Quitting

“I made a list of things that have changed since giving up booze.  It has 52 items on it so far and is growing the further away I get from the drink.  It includes everything from persistent rashes that have disappeared, losing 28 pounds after giving up my 40 burgers worth of drink calories a week (go do the maths people), mental health benefits in so many ways, money (no longer have to have 2 jobs, no longer taking out loan after loan), etc.”

In short ‘the list’ underlines the fact that EVERYTHING that was wrong was created or exacerbated by drinking.  This is not an exaggeration. He is getting in touch with real values, things he never even thought about: he values truth and he detests fallacious reasoning and arguments. He loves the environment, and, above all, he loves his health, and his family is the most valuable thing to him. Music is his life, his first love. He loves listening to it, playing it, writing it, recording it, and performing it.

Sobriety has shown him how to cook for his family – his wife and two sons aged 13 and 18 – in newfound patience and creativity. Before, he would have sat in bars, mindlessly sipping drinks and spending every penny on something that was killing him.

Jason was trawling the internet one day, looking for a friendly place that was private where he could communicate and read about other people’s existences. He found Tribe Sober, liked it, liked the people, and stayed. Connection is healing and it can be done physically or online. Connection heals the brain and the body. If we think about the happy chemicals, the happy hormones, we know that simply being with special people turns us on. Who needs substances to feel high?

According to Healthline, happy hormones include dopamine, a neurotransmitter connected to pleasure, learning, memory and rewards; serotonin, a neurotransmitter that regulates moods, sleep, appetite, digestion, learning and memory; oxytocin, the love hormone that needs hugs, parent-child bonding, relationship bonding and affection; and endorphins that relieve pain, stress and need rewards, sex and eating.

We don’t need to drink to boost our happy hormones. We need to get outside in nature, exercise, laugh with a friend, cook with a loved one, take natural supplements like green tea and lavender oils, vitamin B, and probiotics, listen to music and meditate. Voila! Knowing what YOU Need

Jason has triggered his happy hormones by trial and error. Of course, he has his music, and he has also discovered audiobooks and videos to do with giving up alcohol. He absolutely clicked with The Unexpected Joy of Being Sober by Catherine Grey which he says was like an old friend who just ‘knows’.  He also listens to Habits Unplugged on YouTube by a guy who has inside knowledge on stopping drinking and who Jason says, “has never put a foot wrong as far as I am concerned.”

Jason believes that the first step is knowing that you have to give up, on your own. The decision has to be your own, to give up alcohol. “I don’t think you can buy, exercise, watch, read, be argued with, or listen to your way out of drinking.  I had to make the decision to give up first.  I found my window and my chance and took it.”

Sober for 4 years now, Jason believes that this is it, he is healed, and his head is clear. “My head is clear enough to know that alcohol is a bad idea for me.  It’s insidious and tampers/distorts my rationality.  Being alcohol-free is not a daily battle for me, and I think that’s an important thing to say out loud.  It’s a relief. A deep sense of relief.”

Moderation sucks and I agree with Jason on that one. Yes, moderation sucks for people who have a drinking issue. You may be reading this right now because you have worries about your own drinking.

Jason saw the light and is now living in the light. He has rediscovered authentic health and the lies that alcohol tells us.  Jason believes in connecting with others who are/were struggling and sharing his story. I love that.

Get your free Pdf here, when you click on this image. Read my blogs here when you click on the image:

Join Tribe Sober today – just click on the image below!