Which came first, the alcoholism or the Attention-Deficit/Hyperactivity Disorder (ADHD)? This is a question many experts have had to ask as the rise in cases of adults with ADHD and alcohol addiction causes concern.

For many adults who drink, being diagnosed with ADHD causes a huge sigh of relief. Oh, yay, now I know why I drink so much! It can be an excuse to drink more, or it can be the opening of a door into a new, sunny world. At last, there is hope, and the two issues can be resolved.

Of course, this is entirely up to the one who is drinking and suffering from ADHD. Do you want to stop drinking to cope better? Or is alcohol the only way you can cope? Remember that our brains will tell us everything we want to believe, which is often nothing true, but just an easy way out!

According to a fascinating article on the Alcohol Rehab Guide, “Alcohol and ADHD are a dangerous combination that all too often lead to dependence and addiction. ADHD is an increasingly commonly diagnosed disorder. Not everyone diagnosed, however, may truly suffer from ADHD, and vice versa. What’s more dangerous, however, are people with ADHD are more likely to develop alcoholism.”

Think about your brain and how it works. The prefrontal cortex or lobe is there to activate our thinking, our focus, memory, problem-solving skills, and organisational skills. It is interesting to note that people with ADHD tend to have a smaller prefrontal cortex! It is also less active than those in people who do not have ADHD. So, it follows therefore that adults with ADHD battle to concentrate, to remember, to organise their lives and to solve problems.

The outward signs of ADHD are constant energy that we know as hyperactivity. There is a sense of being constantly distracted, even dreamy. I am very hyperactive! I think fast, move fast and have to move and be busy all day! I have never been for a test because that is not what I believe I need to do. I just love it! I love being me.

But for many women (and men), this hyperactivity can be a huge issue in their lives. It can threaten relationships and threaten stability. Especially if it is ADHD that comes with all the memory loss, lack of focus and inability to be organised in any small way.

We all know that alcohol on its own causes all of these symptoms, without adding ADHD to the fire! I remember being hyperactive when I drank wine (dancing, cleaning, and having a ball at 11 pm at night!). On the other hand, I was not very focused and forgot things in my diary! I have always been organized and fit so that remained.

The worst thing about mixing the two “disorders” is that the sufferer is very distracted during the day. It is called “chronic inattention” and the ADHD sufferer thinks that the glass of wine will help. But it just so happens that alcohol also affects the prefrontal cortex or frontal lobe of the brain.

What Happens to the Brain?

When people drink, the brain goes into overdrive. And the person gets depressed. So now you have a depressed person acting impulsively and hyperactively. Add ADHD to the mix and you have a wild child! The user then tends to binge drink and to lose focus and organization, not to mention memory and control.

Cooper Smith writes in the Alcohol Rehab Guide that People afflicted with ADHD are in consistent need of stimuli. The part of their disorder that makes them “hyperactive” makes it hard to focus on tasks that aren’t stimulating, leading many to create their own stimuli. In children, this often presents itself as an inability to focus on anything but play. This is especially noticeable in a classroom setting where they are expected to sit silently for hours. In adults, there is inherently less supervision, so they can act upon their need of excitement without the same consequences. This is one of the reasons to turn to alcohol. However, because of how the effects between alcohol and ADHD stack, a dangerous door of limited control and lapses in memory opens. There is increased risk of substance abuse as they age.

Adults with ADHD tend to think that they can control their impulsivity with alcohol. But the darker side to their alcohol use is that they can become dependent and addicted. Their drinking will be chaotic and lead to binging and a lack of control.

Depression could set in when the dopamine levels in the brain are saturated with the need for alcohol. Remember, that even if you have a break from alcohol, you always go back to where you ended off and that is the place where you were having 2 bottles a night!

Finding Out Can Help

If you think that you have ADHD, it may be a good idea to have a test. It could just be that the alcohol you are consuming is making you a bit chaotic and hyperactive. But if you do have an underlying problem in your prefrontal cortex, it is worth knowing about, addressing it – and maybe giving up the alcohol to strive for health.  Not so?

“A decision to be alcohol-free is a difficult lifestyle change, says Shizz, a member of Tribe Sober. “The life of an alcoholic has one routine which is finding the next reason and the next popular spot to booze the hours away.”

He acknowledges that being sober involves identifying triggers, planning ahead, and avoiding old habits. Finding these new habits can be a challenge. This may result in an overwhelming and crushing sense of emptiness. Finding the opposite of emptiness is not easy. But it can be done, and Shizz has done it. 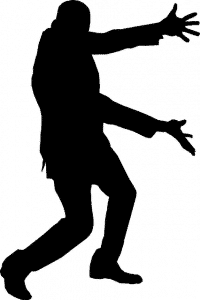 “With the MTEA thought breakdown being penned, I realised that I am not empty.”

More About the Brain

We can all use this and relate to this! If you are in it to win it, what are the steps you are going to take to make changes in your life? The brain is such a fascinating organ that I decided to do more research on the prefrontal cortex. Did you know:

These are all the things we need to be aware of before we decide to have a glass of wine. If you are reading this, it is likely that you are considering sobriety because you are concerned about your drinking.

Take heart, there is hope as the body can heal if the drinking is stopped in time. I like to think of my body as my temple and that I need to respect it as it keeps me here, on Mother Earth, alive. Why on earth would I want to poison my temple every day?

If you need help stopping drinking, or if you have ADHD, reach out. Chat to one of our coaches online or start a 30-day challenge. The rest is up to you.