Rejection Pushes us Around

Rejection Pushes us Around

Rejection. It pushes us around. It messes with our minds; it stuffs up our behavior. Rejection is that big R-word that rolls around in our mouths and we want to spit it out.

Do you remember being rejected at school? Your work was not good enough and it was thrown back at you? But you had done your best? Your mother did not believe your story about why you were late. But you really did get lost. Your father beat you because you disagreed with him. But you really were following your gut feeling about it?

Rejection is the act of pushing away or not accepting someone – or their view or their way of being. The worst kind of rejection is parental rejection. This can damage a child for life. Rejection happens often, throughout our lives, and we learn how to deal with it as we go along. Some people, however, cannot deal with rejection. They react in serious ways, and this then becomes an issue for other people.

A small example of rejection is someone refusing your gift or your apology. An enormous rejection will be the end of a relationship when two lovers part because the one rejects the other. Or when a mother rejects her child because she is too involved in a man or a substance.  Some parents are genuinely mentally ill and therefore reject their children.

In today’s society, rejection comes in many forms: racial, sexual, visual, and perceptual. Some races reject others which causes years of pain and grief. People with alternate sexual preferences are often rejected by their communities. People who look different (Albinos, dwarfs, those who are mentally or physically handicapped) can be rejected by their societies. Teenagers can be rejected by their peers if they don’t wear a nose ring or a tattoo or surf or skateboard or swear or wear certain shoes.

Life is tough and rejection lurks around every corner. Fear of rejection harks back to the cavemen’s days. According to Good Therapy, “the feeling of rejection is believed to have developed as an evolutionary tool to alert early humans who were at risk of being ostracized from the tribe they belonged to. A painful rejection from others in the tribe was likely to encourage an individual to modify any problematic behavior in order to avoid further rejection, or ostracism, from the tribe. Those who were able to avoid further rejection were more likely to survive, while those who did not find rejection to be particularly painful may not have corrected the offending behavior, making them less likely to survive. In this way, humans may have evolved to experience rejection as painful.”

It is therefore understandable in today’s modern world that “many people isolate themselves or hold back from connecting to others because they’re afraid of being rejected. Fear of or sensitivity to rejection that causes someone to pull away from others can lead to chronic feelings of loneliness and depression.”

Have you ever been rejected? Do you remember those feelings of shame and doubt? Do you remember feeling inadequate and very unsure of yourself? Rejection as a child by a friend can cause extreme grief. Children can hurt each other with words that can last a lifetime. Parental rejection can cause enormous damage and is one of the reasons for addiction in today’s stressful society.

The Research Society on Alcoholism published a study called “Social Rejection by those Closest to you can Lead to Subsequent Drinking”. One of the basic human needs is to belong. To belong to a family, to a group, to something. Negative emotions arise when someone is rejected from a family, a group, or an organisation. They feel distress, grief, and even anger. The study found that people drank more alcohol on days when they were rejected by a significant other. Rejection by a stranger did not have the same effect. 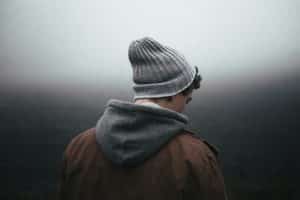 There are four main types of rejection:

There are many psychological effects of rejection, which can also lead to drinking or other substance abuse. These include:

Parental rejection is a huge factor when it comes to risky behavior in children. A study published by psychologists in the Department of Psychology at the University of Louisiana in the USA found that “parents play an important role in shaping children’s socialization and normative expectations and may encourage or inhibit various forms of risk-taking behavior.”

The study noted that rejection is one factor of ineffective parenting and can cause risky drinking in teenagers. “…parental rejection was one of the major predictors for a broad spectrum of behavioral problems, including conduct disorder, externalizing behaviors, delinquency, and substance use.”

Parental rejection can be anything from a lack of warmth or affection to acting hostile, being aggressive, neglecting, or abandoning a child. It is, however, very sad and true that some parents do not know any better. These parents may have never been hugged or supported by their own parents. They learned what they know, and they think they are normal. The chain continues through the ages until someone goes for therapy to get well again!

An article in Our Everyday Life states that “Not everyone gets the good parenting every child deserves. We don’t choose our parents. As children, we are so dependent we can’t leave them. But as we become adults, we can come to understand that the people we are born to aren’t the final judges of our personal worth. A healthy response is to reject the rejection and to find other ways to fulfill the important role of a loving and wise elder who is a supportive presence in one’s life. For some, that role is played by a loving God. For others, it’s an older friend or relative who thinks they’re terrific. For everyone, it can be their own adult self who finally loves, respects, and heals the rejected child within.”

So, if you have ever been rejected, or are currently feeling rejected, take action. Do it for you. Instead of reaching for another glass of wine, reach for help. You are worth it!  Remember that Tribe Sober is here to assist you if you keep reaching for a drink. Sobriety is a wonderful state to be in and our coaches can assist you to rediscover the real you.