Short of Dopamine? Here’s How to Increase that Happy Hormone

Short of Dopamine? Here’s How to Increase that Happy Hormone

Are you short of dopamine? How would you know anyway? Many people who stop drinking find that they are short of joy. That kind of irresponsible joy that comes from drinking naughty alcohol or smoking a joint. The rebellious joy of doing something illicit and knowing you are going to forget all your troubles just for today.

But that just for today can become a need. A need that drives us away from the joy to the desperate seeking of it. And that is where the dopamine comes in. Dopamine drives that urge to seek out and search. It fuels desire. Desire for pleasure. Arousal. Achieving goals. It drives that curiosity that makes some people successful and others eccentric. It makes us want to know more, learn more, read more. Yes, dopamine feeds that reward centre in the brain – hence the alcohol and drug need that many people become trapped in.

What Exactly is Dopamine?

So, what is a state of low dopamine then? The first step is to understand what dopamine is and does. It is a neurotransmitter and hormone. It sends messages throughout the body and is important for the brain in the way it sends nerve signals. It is thus important in memory, movement, reward and learning. Dopamine makes us happy. People who are low in dopamine tend to be depressed. They can also develop diseases like Parkinson’s, schizophrenia and addiction.

According to Gaetano Di Chiara in the Alcohol Health and Research World Journal, “dopamine is a neuromodulator that is used by neurons in several brain regions involved in motivation and reinforcement, most importantly the nucleus accumbens (NAc)”.

He recognises that even low doses of alcohol will increase dopamine in this part of the brain. So, alcohol is seen as a reward and can generate increased alcohol consumption. Some alcoholics crave alcohol because “alcohol-related stimuli maintain their motivational significance even after repeated alcohol administration”.

Dopamine release in the NAc shell may be instrumental in the development of alcohol dependence. Psychological dependence on alcohol develops because alcohol-related stimuli acquire excessive motivational properties that induce an intense desire to consume alcohol-containing beverages (i.e., craving). As a result of this intense craving, conventional reinforcers (e.g., food, sex, family, job, or hobbies) lose their significance and have only a reduced impact on the drinker’s behavior.

When a person drinks, they flood the brain’s reward circuits with dopamine and they feel happy and buzzing and “on”. The brain remembers this lovely feeling. And then the drinker wants more alcohol. So, they drink more, and the brain then becomes used to this flood of dopamine and starts to produce less of it. The dopamine is transported away into the spaces between the brain cells.

The drinker’s dopamine levels fall dramatically and at the same time, their mood changes. They move from being on a high to being on a low. So, they reach for another drink and another to get that mood up again and to feel great again and yet the dopamine is no longer doing that work it is meant to do.

We can increase our dopamine naturally through simple daily habits like more hugging, more exercising and better eating. If we get enough dopamine, we have stable moods, better memory and we experience normal feelings of pain and pleasure. Dopamine drives us to look for food, for exercise and for sex. It is a primitive urge to survive and feel good.

If we have low dopamine, we can develop addictions. Or get Parkinson’s or schizophrenia. Many people enter a state of anhedonia when they stop drinking (a flat, low, melancholy feeling) thanks to their lowered levels of dopamine. It is like they are detoxing from the alcohol habit they created which subconsciously was feeding their dopamine need and creating cravings for alcohol.

Some people release more and respond more to dopamine and these people tend to drink more heavily and can become addicted to alcohol. They have a drink, and their brain immediately releases dopamine, and they feel good. This then feeds the reward-seeking urges and behaviours which mean the need to drink more to feel good for longer. People who do not really feel the dopamine effects when they drink tend to get tired and fall asleep.

We all want to feel good all the time. So those people who feel the dopamine after a drink will want to drink more. Until the alcohol no longer does the work for them, and the brain is ferrying the dopamine away into the spaces between the brain cells.

People who naturally have high levels of dopamine are those individuals we know who seek sensation – who like a challenge in life and who seek adventure. This is a natural reaction to stress and these kinds of people are very resilient. Until they start to seek more of the effects of dopamine and turn to alcohol or drugs.

According to Good Therapy, these are the signs of low dopamine:

There are ways to avoid addiction and to increase dopamine levels naturally. People have to relearn these natural techniques. Because we live in a modern world removed from the natural world whence we come. We need to relearn that being in Nature is medicine for the heart, the soul and the emotions. And for dopamine.

Psychology Today recommends basic self-care as the place to start:

Above all, get outside and experience the wonders of Nature. 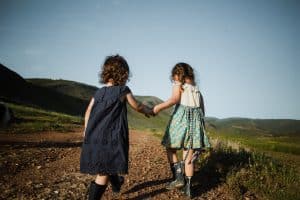 Scientists are beginning to find evidence that being in nature has a profound impact on our brains and our behavior, helping us to reduce anxiety, brooding, and stress, and increase our attention capacity, creativity, and our ability to connect with other people.

So says the Greater Good. And I love it! They conclude that being in nature makes a person happier, kinder, more alive, more creative, less stressed and less brooding.

Why not increase your own dopamine levels today by joining Tribe Sober? The Sober Spring Challenge starts on Monday, ready, set, go!