6 Ways to Beat the Stigma Around NOT Drinking

6 Ways to Beat the Stigma Around NOT Drinking

The stigma around NOT drinking reared its curious head this week on a Whatsapp group I belong to. I think that we, as non-drinkers, need to find ways to beat this stigma, don’t we?

Just the other day, I was reading about the stigma associated with going for a Covid test. And the stigma for men attached to going for an HIV or AIDS test. There is a stigma around having cancer, being alternate and being different.

Society Can Be So Judgemental

If I rock up at your party and choose not to drink, is that your problem now? Of courses not! All of these stigmas can be so damaging, unless we have a plan of action.

Spencer Matthew, a UK actor, started his own range of alcohol-free drinks, forming his own company called CleanCo. He just got sick of the stigma around NOT drinking and decided to grab the bull by the horns. When he quit alcohol, it was not because he had a problem or was an alcoholic, it was just that he had been drinking most of his life and wanted a healthy change.

Sound familiar? Many of us non-drinkers who quit are just like this – we drank too much, we felt the need for a change, and voila, here we are. Why then, are others so damning of our alcohol-free drinks in hand when we are out at a bar or a trendy party? Why can’t we just have fun, sober?

Spencer Matthew notes that he thinks there is a “difference between being teetotal and being sober”. He simply decided one day that he was going to drink no more. He describes himself as being “sober curious – interested in questioning his drinking habits for health-focused reasons.” He says that he is not in recovery and does not have an alcohol dependency issue.

Just for the record, teetotal means choosing or characterized by abstinence from alcohol and sober means not affected by alcohol; not drunk (thanks to Google Dictionary).

I like that. Why should someone who orders a soft drink in a bar have to stick out like a sore thumb because they are doing what is good for them, what is right? The need for alcohol-free or light alcohol drinks has arisen from the stigma around not having a drink in a pub if you are sober or a teetotaller. Pubs are for drinkers of alcohol, right? Wrong. Pubs are gathering places for everyone! 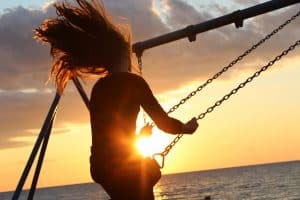 The onus is also upon non-drinkers not to become holier than thou if they have stopped drinking. Preaching about sobriety is very off-putting for those who drink and can handle their drink. It is a choice we make, not to drink. Yes, it is often a moral choice and we would like to shout it out from high rooftops, but the drinkers will surely hate us. Just as we surely hate the drinkers who point their drunk fingers at us because we choose not to imbibe!

Many people who quit drinking feel shameful and this feeling seems to stay with them into sobriety. Recovery coaching can help with this. Many drinkers did do some shameful things. The fact that they then decide to quit can be based on that shame and that they really HAD to quit.

But, if and when a drinker quits, they have every right to be proud that they can do it. And acknowledge that they can leave behind those memories and those drunken moments and move on. Sure, it was fun. Sure, there were hurtful moments. But the biggest step drinkers take to become sober is a courageous one. Not everyone knows about that drinking past. And not everyone understands just how big that step is, to stop.

There are so many other drinkers out there making huge mistakes right now. The stigma around NOT drinking is unfair.

Why is There No Stigma Around Drinking?

Kevin O’Hara asks,” Why is there such a shame and stigma attached to quitting drinking alcohol?’ He sees it as a ‘reverse hypocrisy’ forced by society onto those who want to quit. Alcohol is a drug. A drug accepted by society. Most people have a drink: after work, every weekend, around the braai, around the TV watching sport, on the beach, on holiday, because they are happy, because they are sad…. And so the list goes on.

The media drills us that alcohol is fun and necessary. So those of us who don’t drink any longer feel part of that fun group. And we think that that fun group sees us as weird and that we must have stopped drinking because we are alcoholics.

Many drinkers give their excuses and say that life is to be enjoyed – as if we non-drinkers are not enjoying life. Funny that, because last time O’Hara checked he was loving life without alcohol, without hangovers, shameful memories, and a puffy, bloated body.

He asks what the consequences are of treating our bodies like a rubbish dump? Good question! Pouring alcohol down our gullets is like pouring poisonous chemicals into our bodies, yet expecting that we will stay healthy! Ha.

He adds that “this is not where life is. Life is enjoying life, because you have life. Not trying to hide, not thinking that you need a drug to get on in life.” We must remember, though, that there are often other reasons why people drink: childhood trauma, loneliness, shame and guilt, genes, and more.

The good news is that research is showing that all over the world now, young people are drinking less. More young people are choosing NOT to drink alcohol. Sure, there are many youths globally who do drink and then indulge in reckless behaviours. But a study done with the youth of Finland and Australia (ages 18-29) found that many teens are choosing not to drink. They are, however, very aware of the stigma surrounding not drinking. They are finding ways to avoid this stigma and to ignore it on their chosen paths to health. This study found that there are 6 main ways that young people are dealing with the stigma of not drinking.

6 Ways to Beat the Stigma around NOT Drinking:

It IS weird that we should have to apologise for not drinking. But we can learn the tools about being sober or a teetotaller in a drinking society. And we can lead the way. More and more people are quitting alcohol. And millions are addicted to the booze. All that we can do is walk in the light, shine the love and hope that others will see how being sober really rocks!

If you want to stop drinking, chat to Janet Gourand at Tribe Sober and do the Sober Spring Challenge!