How I Ditched the Drink … and started Tribe Sober

How I Ditched the Drink … and started Tribe Sober

By 2015 I was at a crossroads: still very much a functioning alcoholic – in truth, I was only just holding it all together.

I had managed to integrate Sauvignon Blanc into my life to such an extent that the first drink would often be just before midday, which would morph seamlessly into a couple more large glasses with lunch. By the time 5 pm came around, another cork would pop to see me through the (early) evening.

If I successfully engineered an evening out, the drinking would step up a notch. Anyone unable to keep up with my enthusiastic pace would be left behind.

Always the last one to leave any social event, I felt like I was “living the life”. I was, of course, completely out of control — but back then it didn’t feel like it.

Of course, there were the blackouts, the injuries, the dramas, and the horrible depressions. 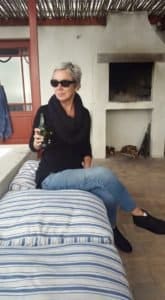 Surely everyone got those that when they overdid it — didn’t they?

For me, rock bottom came in the form of a walking, talking blackout while on a weekend away with friends.  I had absolutely no recollection of an entire afternoon – even though apparently I’d been functioning in a relatively normal way.

It terrified me, and that was when I accepted that I had to end my relationship with alcohol.

I’d always known that I was harming my body — after all, I’d had breast cancer to prove it. The realization that my brain had been so soaked in alcohol that it couldn’t create memories finally drove it home.

I was done with alcohol — finally, it was over…

All I had to do was work out how to stop drinking.

I tried AA but found it hard to relate to the people there — although I was putting away a bottle of wine a night, I wasn’t pouring vodka on my morning Cornflakes (yet).

I kept looking for help and eventually found a workshop in London that worked for me. I found other women with good jobs and nice families — also sinking a bottle of wine every evening. I’d found my tribe and we kept each other on track.

Returning to South Africa, I decided to start my own tribe — Tribe Sober. The media were intrigued – was I really expecting people to ditch the drink – was I crazy?

As an experienced trainer, I was able to design and facilitate my own workshops, train as a recovery coach, and set up a membership program.

Six years later, we are still going strong. I am still sober and our tribe has become international. Covid has pushed us to run workshops and Member meetups online which has enabled us to reach out to many more people.

One of the reasons people stay trapped in their drinking is because they feel that sobriety is going to be a dull and miserable place — and that it’s going to be a “lifetime struggle” to stay alcohol-free.

Well, nothing could be farther from the truth.

After working with hundreds of people, we’ve discovered that the usual pattern is that a few months of hard work and commitment will enable you to make a change.

Then, as new neural pathways are created, and you begin to experience the benefits of sobriety, everything gets easier.

The longer you’ve been drinking heavily, the longer it will take to make a change…

As someone who had been drinking too much for decades, this was my experience of the first couple of years of sobriety.

Year one was tough, very tough. Convinced I was in for a life of deprivation — the fun times were over, I feared.

However, the benefits of quitting alcohol started to appear as promised — I lost weight, slept better, my skin looked great, eyes were clearer, I saved money — and yes, I even learned to love mornings.

In spite of all that good stuff, life still felt a little flat. I seemed to have a lot of time on my hands — time I wasn’t quite sure what to do with.

I felt like I was facing a void. No doubt my body was so used to letting alcohol make me feel good, it had forgotten how to produce natural dopamine.

True, there were no massive lows or despair-fests at 3 am, but where were the highs?

As the months went on, I kept hearing everybody was “so proud” of me, that I never would have admitted my own moments of self-doubt. Those moments spent wondering if I’d done the right thing. What if I was wrong?

I hung in there, mainly, because I couldn’t work out what else to do. Just as I had been trapped in my drinking, I now seemed to have painted myself into a corner and felt equally trapped within sobriety. Of course, there were benefits of quitting alcohol, but somehow these weren’t quite enough.

Things slowly got better. The mists began to clear and I could sense a whole new life on the horizon. Glimpses of a different life began to appear.

One day I realized that the little knot of anxiety that had resided in my stomach for decades had finally been exorcised. This gave me the courage to try new things, to meet new people, to start a new business even.

Year two was about getting out there and doing the work. This primarily involved learning some new sober skills, as I began to navigate our alcohol-soaked society.

No longer phased by parties, I learned the art of listening to other people rather than hiding in a corner clutching my alcohol-free drink feeling awkward.

My self-esteem was back as I no longer had to agonize about my lack of willpower as yet another attempt at moderation came crashing down.

I could feel my courage and confidence growing, day by day.

In fact, I’d realised that many people were rather intrigued by us non-drinkers, so I began to have fun coming up with increasingly bizarre reasons why I didn’t drink.

Although I knew there’d be a tricky moment when the wine arrived at the table, I also realized that the moment took about 30 seconds to pass. I could then just relax and enjoy the meal and the conversation.

I had spent so many years using booze to take the edge off that I had made myself numb. Just as a dental injection gradually wears off, I could feel my mental numbness dissipate as my synapses started firing again.

Then it came to me. My brain was no longer anaesthetised and my creativity was back!

Here I am, just a few months away from my sixth Soberversary and feeling like a completely different person.

I now realize that all those years hopping on and off the wagon meant that my subconscious mind was registering sobriety as miserable and difficult.

Rather than winding down, I am bursting with energy and feel that for the first time I have real purpose and meaning in my life as I help other people to ditch the drink.

FOUR WAYS WE CAN HELP