Since moving to South Africa in 2003 I have met some truly inspirational people.  When I worked as a tutor I came across Courage Chiringa who is now working with Tribe Sober as our Campaign Manager.

Courage leads the Sober Spring Challenge as well as our annual Fundraiser.

Courage funded his own studies via a crowdfunding campaign so has plenty of experience in raising money for a good cause!

He’s helped us to raise more than R250,000 for Earthchild which has enabled 1,000 disadvantaged children to practice yoga and learn about health and nutrition. 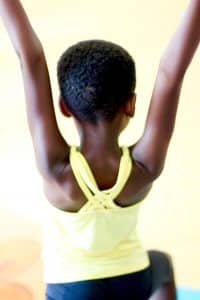 As a way of introducing Courage to our community I asked him to tell his story:

“Courage is the name my mother gave me; I believe she knew I would need to be brave for the struggles ahead. Born and raised in a township in Zimbabwe I am a proud product of a single mother who raised me on a minimum wage.

My life has been a constant struggle as I come from humble beginnings. Coming from a financially constrained family led me to attend five different schools for primary education as I moved from one relative to the other. Though I had an unusual childhood moving between schools, I do not feel disadvantaged. Instead, I am grateful to the communities I landed in because they taught me the love of humanity and gave me a sense of purpose.

Growing up in the way I did motivated and fascinated me, looking at people’s capacity to strive even in difficult times. I realized that people rise by uplifting others and that all the actions we take have a direct impact on others.

Despite failing my first attempt at high school in Zimbabwe, I kept on working hard to ensure that I passed. I repeated high school studies in South Africa in 2013, eager to pursue my dream to be educated and passed with an average of 70%.

The absence of funds to finance my tertiary education once again became a hurdle. I spent the year 2014 working as a waiter in order to save money to fund my tertiary education. In the same year, my search for university scholarships eventually paid off, as I was granted a scholarship at the Tertiary School in Business Administration (TSiBA) to study a Bachelor of Business Administration degree. 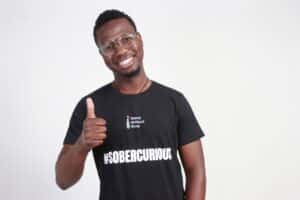 As an individual, I believe it is my responsibility to be a global citizen, active in changing the world to be a better place. During my studies at TSiBA, I was involved in the mentoring of the first-year students and took part in the Enactus society, where I was a project leader of a water project that helped to save water and provide awareness. In 2017 I became a member in the Student Representative Council (SRC) where I held the Clubs and Society portfolio.

Making a difference to the underprivileged is my goal as there are so many people coming from humble beginnings like mine, needing inspiration. To fulfil this dream, I recently finished a Postgraduate Diploma in Entrepreneurship at the University of Cape Town, which I believe will help to enhance my skills enabling me to solve problems in society through creating businesses.

I was privileged to be helped by people from all over the world who supported my crowd funding campaign through Backabuddy. I would not have been here is if it wasn’t for the generosity of many good people in this world who pay forward. My experience has taught me that your circumstance do not define you or your fate but your actions make all the difference.  A good attitude, determination, hard-work and looking on the brighter side of life helps even when it seems impossible. As individuals we should not stop pushing because for every no you get along the way, the closer you get to a yes!!”