How Sobriety Gave Me an Edge by Kgothatso Meka

How Sobriety Gave Me an Edge by Kgothatso Meka 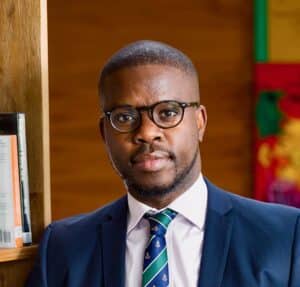 Most of the people at who come to our workshops are ladies – successful ladies who find themselves relying just bit too heavily on that glass (or bottle) of wine each evening.   Now and again we get some guys joining us and a while ago we were delighted to welcome Kgothatso.  We always begin our sessions by asking people why they want to make a change and I will always remember Kgothatso’s response:-

“I am young and ambitious and working in a professional environment where almost everybody drinks.  I want to quit drinking so that I can use my sobriety to give me an edge to succeed at work.”

Almost a year after that workshop I asked Kgothatso to send me an update – here is his story:-

My career began in 2010 in the brutal but financially rewarding career of investment banking. I was young, ambitious and ready to take on the world. Like most people, I had the rationale that I will work hard and play hard – playing hard often meaning having drinks with friends on a weekend. This is the cycle of so many people in society. To further balance the playing hard, I would exercise a few times a week.

I then remember doing my Discovery Vitality annual online health assessment which is where I was first introduced to the concept of recommended maximum alcoholic units as well as the concept of binge drinking. I fell into the definition of a binge drinker. Actually, according to the definitions, most people around me fell into this category. I could live with being defined as a binge drinker because at least I wasn’t an alcoholic. If anything I drank far less than a lot of people that I know. It did get me thinking though, while I and my peers were not alcoholics, I started noticing that 8/10 people that I know actually fail or really struggle to get through a full month without drinking. That realisation concerned me a bit so from that year on I decided to start doing a dry January to “cleanse” myself and also prove to myself that I was not dependent on alcohol.

Fast forward to my early 30s. It’s no longer that easy to burn off the extra calories consumed mainly through drinking, it takes a bit longer to recover from nights out and overall I just feel tired. As a highly ambitious person I realised that I needed to do something very different to my peers and society in general in order to achieve what are clearly extremely difficult goals.

I had done “well” enough in my career to date but I knew I wasn’t performing at my peak. Though I’d gained weight and had a bit of a boep, I was not what most people would consider fat. However I certainly didn’t look and feel the way I should as a young healthy African man. Mentally and emotionally I was a bit up and down and I just didn’t feel I was operating with a fully clear mind. It was actually during this time that I even discovered that I suffer from bouts of depression because I have volatile serotonin levels in my brain.

I remembered the words one of my former investment banking bosses who would often quote Stephen Covey’s Habit number 2 of his renowned book The 7 habits of highly effective people which is to “begin with the end in mind”. What was my end goal? I took time to craft and decide where I would like to be in 5, 10 and 20 years’ time in all the areas that I had defined as achieving success. I then looked at my life at the time and tried to identify what was holding me back in potentially reaching my goals. After applying my mind to this exercise, the answer was as clear as daylight! It was the booze! It affected my health and physique, wasted my money, toiled with my emotional stability (especially as a diagnosed depressant), and most importantly, it stole my time – a commodity critical in achieving success and one that cannot be bought no matter how wealthy one is. In a nutshell, there was zero upside to drinking. Perhaps I could drink less, which I tried, but I found it difficult to stick to the recommended drinking guidelines. Instead I’d have 3, 4 or 5 beers at a time for example. Yes this was only on weekends, but there are copious amounts of academic studies that prove that this is damaging to the body – let alone the mind.

So in 2017, I decided to experiment with not drinking for 100 days and see what effects that would have on me. I knew I could comfortably do a month but was rather nervous about the remaining 70 days. This is because I realised that when one doesn’t drink, you become an anomaly in society and people will ridicule you and actually encourage you to stop being foolish and boring. Try it and see. In fact, the most times I have been offered free drinks is when I am not drinking!

In my determination to reach my 100 days, I decided to see if there are any support groups because it is clearly not an easy thing to do alone. This is when I discovered Tribe Sober. They, like me, have no issues with alcohol. Their mission is merely to inform people about the effects of alcohol and also support people like myself who do want to cut down or stop. After attending the Word Without Wine workshop, I knew right then that I had made the right choice in my life and that I would certainly reach my 100 days of no booze.

Fast forward to day 100. You would think I would celebrate with a glass or champagne, wine or beer. On the contrary, I felt so great that I didn’t want to stop that feeling. I had dropped so much body fat, I had a lot more energy, my mind was clearer and most importantly I suddenly had so many extra hours in my weeks. This meant I could spend more time on my hobbies, put in extra work to progress my career and spend more quality time with friends. I also discovered a new love – yoga. In a very short space of time, it has already done wonders for my life and journey. All this in turn led me to be in such a positive space mentally and emotionally. The results of the experiment were clear. Not only was alcohol not adding value to my life, it was actually depreciating the value. When I started writing this article I was 6 months into my journey and while I am still a long way from reaching my definition of success, I am elated and confident that I am definitely on the right path and should get there on time.

Perhaps I may have a glass or two of wine in the future or some champagne to celebrate some occasions; after all I have no issues with alcohol. I just don’t ever want it to be a part of my life again but rather a brief visitor should I choose.

Try a 100 day Alcohol Free Challenge and let me know how it goes. You can hit me up on @thedisruptor in Instagram.

You can find more information on Tribe Sober and Workshops  – www.tribesober.com