Janet Gourand is the founder of Tribe Sober, a global support network for those looking to change their relationship with alcohol.

Having been drinking my entire adult life, by 2015 I was at a crossroads: still very much a functioning alcoholic, in truth I was only just holding it all together. I had managed to integrate Sauvignon Blanc into my life to such an extent that the first drink would often be just before midday, which would morph seamlessly into a couple more large glasses with lunch. By the time 5pm came around another cork would pop to see me through the (early) evening.

If I successfully engineered an evening out the drinking would step up a notch. Anyone unable to keep up with my enthusiastic pace would be left behind.

Always the last one to leave any social event I felt like I was “living the life”. I was, of course, completely out of control – but back then it didn’t feel like it.

Of course were the blackouts, the injuries, the dramas and the horrible depressions.

Surely everyone got those that when they overdid it – didn’t they? For me, rock bottom came in the form of a walking, talking blackout while on a weekend away with friends. I had absolutely no recollection of an entire afternoon – even though apparently I’d been functioning in a relatively normal way.

It truly terrified me, and that was when I realised I had to end my relationship with alcohol.

Exactly a year after I ditched the drink I wrote a “Goodbye to Alcohol” letter.  You can hear me read it out on Cape Town Radio here.

As I said in that letter, that first year was tough but it got gradually easier as alcohol loosened its grip.

So now on the final straight of my third sober-versary (1,000 days without a glass of wine!), it seems about time to check in again on how life has changed in three short years.

BENEFITS OF QUITTING ALCOHOL: YEAR ONE

Year one was tough, very tough. Convinced I was in for a life of deprivation – the fun times were over, I feared.

However the benefits of quitting alcohol started to appear as promised – I lost weight, slept better, my skin looked great, eyes were clearer – I saved money – and yes I even learned to love mornings.

It was wonderful to team up with the Earthchild Project and set up our fundraising campaign for Dry January providing free yoga classes to school-children in Khayelitsha, one of South Africa’s biggest townships. In spite of all that good stuff, still life felt a little flat. I seemed to have a lot of time on my hands – time I wasn’t quite sure what to do with.

I felt like I was facing a void. No doubt my body was so used to letting alcohol make me feel good, it had forgotten how to produce natural dopamines.

True, there were no massive lows or despair-fests at 3am, but where were the highs?

As the months went on I kept hearing everybody was “so proud” of me, that I never would have admitted my own moments of self-doubt. Those moments spent wondering if I’d done the right thing. What if I was wrong?

I hung in there, mainly, because I couldn’t work out what else to do. Just as I had been trapped in my drinking I now seemed to have painted myself into a corner and felt equally trapped within sobriety. Of course there were benefits of quitting alcohol, but somehow these weren’t quite enough.

Things slowly got better. The mists began to clear and I could sense a whole new life on the horizon. Glimpses of a different life began to appear.

One day I realised that the little knot of anxiety that had resided in my stomach for decades had finally been exorcised. This gave me the courage to try new things, to meet new people, to start a new business even.

Year two was about getting out there and doing the work. This primarily involved learning some new sober skills, as I began to navigate our alcohol-soaked society.

No longer phased by parties, I learned the art of listening to other people rather than hiding in a corner clutching my alcohol-free drink feeling awkward.

I could feel my courage and confidence growing, day-by-day.

In fact I’d realised that many people were rather intrigued by us non-drinkers, so I began to have fun coming up with increasingly bizarre reasons why I didn’t drink.

Although I knew there’d be a tricky moment when the wine arrived at the table, I also realised that the moment took about 30 seconds to pass . I could then just relax and enjoy the meal and the conversation.

I had spent so many years using booze to take the edge off that I had made myself numb. Just as a dental injection gradually wears off I could feel my mental numbness dissipate as my synapses started firing again.

Then it came to me.

My brain was no longer anaesthetised.

Here I am just a few months away from my third Sober-versary and I feel like a completely different person. My self-esteem is back as I no longer have to agonise about my lack of willpower as yet another attempt at moderation comes crashing down.

I now realise that all those years hopping on and off the wagon meant that my subconscious mind was registering sobriety as miserable and difficult.

Rather than winding down I feel as if I have embarked on some kind of spiritual journey (they do say the opposite of addiction is connection).

I began Tribe Sober as a way to offer support to others on similar journeys, and i’ve been so lucky to have connected with wonderful people from around the world, all willing to share their experiences, highs, and lows.

“This is a MUST for anyone who thinks that their fun social relationship with alcohol has turned into a dangerous, exhausting and anxiety induced bad habit. I attended the workshop in September 2017 and have not touched a drop of alcohol for 7 months. I learnt about the grip of addiction, the harm that addiction causes and how to deal with the familiar triggers using the tools and techniques I was equipped with on my workshop. I have learnt about life and had the opportunity to get to know myself and what I can achieve and I have learnt that I am not alone as I get to know a fabulous bunch of people who are on the same journey. Thank you Janet and Tribe Sober, you have changed my life.” – Jane, Workshop Graduate.

“Again I thank you. I have tried to give up for years, but have never felt the sort of brain-switch that I feel now. I just know this is forever. And I cannot thank you enough for that.” – Tina, Workshop Graduate.

“The workshop was clear and didn’t cottonwool the truth of how drinking affects a person. I found the tools very clever and I like the inclusive approach of the group.” – Lisa, Workshop Graduate. 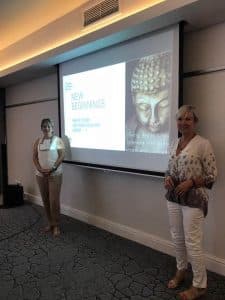 You can find more information on WorldWithoutWine Membership and Workshops below: